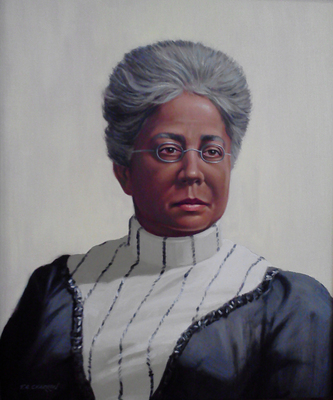 Josephine St. Pierre Ruffin was born in Boston and devoted her life to the rights of African-American women. She assisted in the formation of the American Woman Suffrage Association in 1869. While committed to the rights of all women, Mrs. Ruffin worked zealously to address the double jeopardy of racism and sexism experienced by women of color. She organized the National Federation of Afro-American Women, convening the first national conference in Boston, and assisted with the establishment of the NAACP in 1910.

Mrs. Ruffin, a member of The New England Women’s Press Association, became the first African-American woman to publish a newspaper, The Woman’s Era, which focused on the rights and achievements of black women. The League of Women for Community Service, a Boston group she helped co-found in 1918, is still active today, assisting families-in-need in black communities.