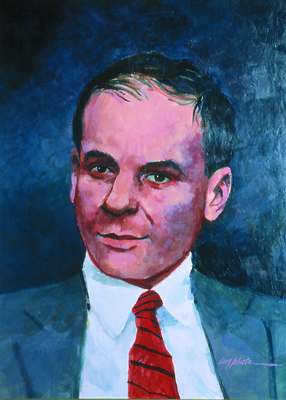 Leaving behind his native land of Puerto Rico, Jorge N. Hernandez moved to Massachusetts in 1961 to study and to fight for the Puerto Rican Community in Boston. He received his undergraduate degree from Cornell University and a Masters Degree in Design from Harvard.

He served as the driving force behind IBA (Inquilinos Boricuas en Accion, or Puerto Rican Tenants in Action) and continued the development of Villa Victoria. Jorge N. Hernandez was executive director of IBA from 1977 to 1986 after serving as special assistant to the executive director for two years.

Inquilinos Boricuas en Accion (IBA) was established in 1968 largely by the Puerto Rican residents of Parcel 19, a South End community whose existence was threatened by urban renewal. Rallying to the cry “We shall not be moved from Parcel 19,” the residents won the right to control their community’s redevelopment. The result was the creation of Villa Victoria, an 884-unit low and moderate income housing neighborhood which today houses more than 3,000 residents. IBA is proud to hold the distinction of being one of the most successful community development models in the United States.

Jorge N. Hernandez was what the Boston Globe called an “articulate voice” and Boston’s mayor Ray Flynn described Jorge Hernandez as “one of the truly great community leaders in the long history of Boston’s ethnic development. A dedicated fighter, a hard-working visionary, Jorge was able to harness and direct the enormously productive energy of Boston’s Hispanic community.”