Hyannis State Normal School became the State Teachers College at Hyannis in 1932, when the Massachusetts Legislature voted to grant college status to the State Normal Schools. In 1937 the Massachusetts Commissioner of Education granted the college permission to offer summer sessions carrying credits leading to a Master’s degree in education. The school was co-educational until the early 1920s, after which enrollment was restricted to women only. Men were readmitted beginning in 1933. One of the more popular curriculum programs offered was the Physical Education Program, which began in 1899. The effects of World War II were felt on the school and attendance declined, particularly the number of male students. Though the school officially closed in August 1944, summer session classes continued for many years with class offerings for both graduate and undergraduate students.

The collection covers the entire history of the Hyannis State Normal School/Hyannis State Teachers College. It includes material such as land deeds that predate the opening of the school in 1897. Nearly a complete run of course catalogs can be found in the collection, as well as a large amount of student rosters and commencement material. Other material includes school finances and statistics, correspondence, and information on the logistics of running the school. Due to the sensitivity of student records, any researcher should consult with the University Archivist prior to research. Access to some of this material will be determined by the date the material was originally created. 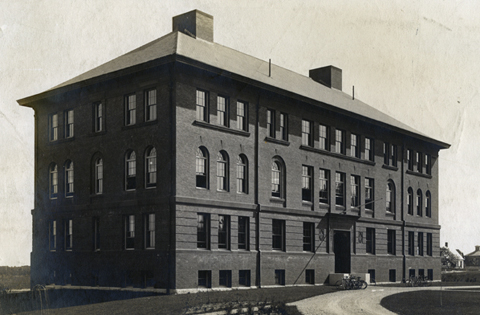