Sarah Louise Dickinson (later known as Louise Dickinson Rich) was born in 1903. She was raised in Bridgewater, MA where her father was the publisher of the Bridgewater Independent newspaper. Louise Dickinson Rich graduated from the Bridgewater Normal School in 1924 with a 3 year degree and returned in 1931 to receive an additional degree. After teaching for a few years Rich moved to Maine. In 1942 her best-selling book, "We Took to the Woods," was published, beginning a long and successful writing career. Rich would go on to write many other books, including "Innocence Under the Elms" in 1955. This book was a depiction of her life growing up in the town of Bridgewater in the early portion of the twentieth century. LDR died in Mattapoisett, MA in 1991 at the age of 87.

This collection is comprised of material from multiple sources. Most of the content was collected by Dorothy Mann, a life-long friend of Rich who lived in Bridgewater. Other material came from Rich's daughter, Dinah Clark. Material pertaining to Rich's time as a student at the Bridgewater Normal School came from University Archives. 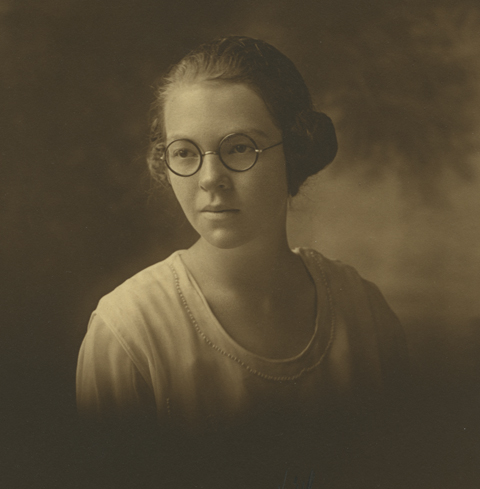 Related collections include nearly all of Rich's books, a number of which are signed; books written by Alice Dickinson Hoke, Rich’s sister and a Bridgewater Normal School graduate, are also held in Special Collections.