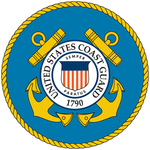 Hugo Sweeney discusses growing up in rural Texas, enlisting in the military in 1939 and serving in the Coast Guard, rising to rank of Chief Boatswains’ Mate. Hugo served for 6-1/2 years throughout the Second World War. He served on the Saranac in the Gulf of Mexico, then transferred to shore station in Grand Isle, Louisiana. During the war Sweeney was also stationed on the North Atlantic patrol. William Sweeney discusses his service in the Army during the Vietnam War, his injuries from the war and his recovery. Both father and son discuss the differences in their military and post-military experiences.

Each participant in the Veterans History Project has signed a release form allowing Maxwell Library to use these materials. In accordance with the Library of Congress, VHP participants (both interviewees and interviewers) retain the copyright to their materials; therefore, permission will need to be obtained before using the interview in exhibition or publication. For additional information about using the VHP collections, please visit http://www.loc.gov/vets/researchinfo.html