A Brief History of Bridgewater Academy

The history of Bridgewater Academy begins in the year 1799. The thesis presents the history of the Academy in seven chapters. Chapter I treats of the movement which led to the establishment of the Academy and the factors which brought it about. Chapter II describes the steps taken by the Board of Trustees in satisfaction of the provisions of the Act of the Legislature that created the Academy. Chapter III discusses the conduct of the school as planned by the original Board of Trustees.

In Chapter IV the influences which insured the early success of the school are described. In Chapter V the author has attempted to give some idea of the type of teachers who had charge of the school during its most prosperous period. This period embraced the trying days previous to and during the Civil War. It also encompassed the battle which was fought in Massachusetts for the establishment of free public schools. It has been the author's plan to state clearly in Chapter VI the effect of the high school movement on the Academy. The growth of the high schools of the county finally closed the doors of this institution but the Board of Trustees continues to control the conduct of the Academy building. Chapter VII treats briefly of the Educational, professional and civic contributions of the school. 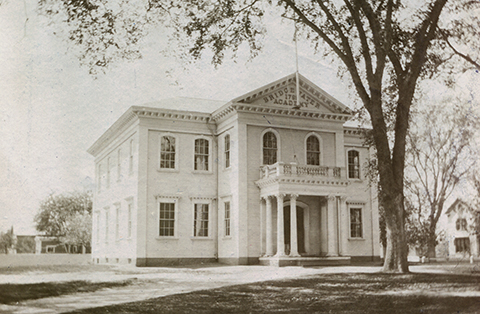 Maurice Keane Walsh was born in Bridgewater, Massachusetts, on January 15, 1902. He was the youngest son of Irish immigrants who settled in Bridgewater in 1881 and who impressed upon him the importance of higher education. After graduating from the College of the Holy Cross in 1924, he served first as an instructor and then as assistant principal of Bridgewater High School, which was then housed in the historic Bridgewater Academy building.

From 1948 through 1967, Mr. Walsh was an associate professor of mathematics at Boston College and also taught evening classes at the Massachusetts Institute of Technology. In 1967, he was recruited by Massasoit Community College as the founding chair of the mathematics department, where he served until his retirement in 1972. A lifelong resident of Bridgewater, he passed away on September 5, 1990, at the age of 88.

While earning a Master of Education degree at Boston College in the 1930s, Mr. Walsh researched and compiled the thesis, “A Brief History of Bridgewater Academy.” He had unprecedented access to original town records and Bridgewater Academy reports, some of which are no longer available.