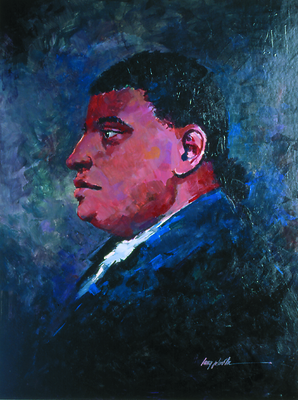 Paul Cuffee, Negro ship-owner and colonizer, was born near New Bedford, Massachusetts. As a free Negro whose father had been a slave, Cuffee became greatly concerned over the status of the Negroes in his native state and throughout America to the extent that he became one of the first to advocate African colonization as a solution to the incipient racial problem. In 1811, he traveled to Sierra Leone, a British colony on the West Coast of Africa, where he founded the Friendly Society of Sierra Leone, for the emigration of free Negroes from America. In 1815, he spent $4,000 of his own funds to transport 38 Negroes to Sierra Leone. He had planned more expeditions to Africa, but his health failed and he died in 1817.

A successful shipbuilder and ship-owner, he accumulated an estate worth more than $20,000. In 1797, at a price of $3,500, he purchased for himself and his Indian wife, Alice Pequit, a farm on which he built a school for free Negro children. He and his brother, John Cuffee, entered a suit, as taxpayers, against the state of Massachusetts for the right to vote; but they were unsuccessful in winning the case. Several years later, legislation was adopted to correct the unjust practice. The Negro entrepreneur campaigned regularly against discriminatory practices faced by the Negroes in America. His association with whites was unquestioned, and he was received by the Quakers as a member of the Westport Society of Friends.