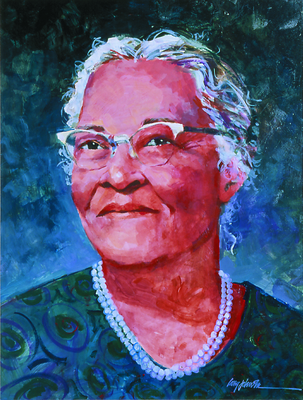 Melnea Agnes Cass was born in Richmond, Virginia on June 16, 1896, the eldest of three daughters of Mary Drew Jones and Albert Jones, who grew up in Richmond and had perhaps a fourth or fifth grade education. Her father was a janitor and her mother a domestic worker. As her father wished to improve the family’s economic and educational status, he moved them to Boston, Massachusetts to the South End, when Cass was five years old. Cass was eight years old when her mother died; thereafter, she and her sisters were raised by their father and their Aunt Ella, who, as Cass said, “stepped in as a second mother.” After a few years their aunt moved the girls to Newburyport, Massachusetts, and placed them in the care of Amy Smith.

Melnea Jones Cass began her education in the public schools of Boston. After graduating from grammar school in Newburyport, she attended Girls’ High School in Boston for one year. Her aunt then enrolled her in St. Frances de Sales Convent School, a Catholic school for black and Indian girls in Rock Castle, Virginia. Cass graduated in 1914 as Valedictorian of her class. She returned to Boston to the home that her Aunt Ella had established for the girls.

Cass looked for work as a salesgirl in Boston, but found that there were no opportunities for blacks. She decided to become a domestic worker. She did this type of work until her marriage in December, 1917 to Marshall Cass. While her husband was in the service, their first child, Marshall, was born. After his return from the war, they had two other children, Marianne and Melanie. Her husband died in 1958.

Cass became involved in community projects. She helped to organize people to register to vote after the Nineteenth Amendment to the Constitution was passed in 1920. Cass organized black women to cast their first vote. She was involved in women’s suffrage activities for the rest of her life. As a young woman, she attended William Monroe Trotter’s lectures and protest meetings and was a faithful reader of The Guardian.

It was in the 1930s that Melnea Cass began a lifetime of volunteer work on the local, state, and national level. She first contributed her services to the Robert Gould Shaw House, a settlement house and community center. She was the founder of the Kindergarten Mothers. Her community activities over the years were numerous and varied: Pansy Embroidery Club, Harriet Tubman Mothers’ Club, and the Sojourner Truth Club, worked in the Northeastern Region of the National Association of Colored Women’s Clubs as a secretary, helped form the Boston local of the Brotherhood of Sleeping Car Porters to name a few. During World War II she was one of the organizers of Women In Community Service, which later became Boston’s sponsor of the Job Corps. In 1949 she was a founder and charter member of Freedom House, which was conceived by Muriel and Otto Snowden. Her other community activities are too numerous to mention. Melnea Cass was always at the forefront of making opportunities for the improvement in the quality of life for blacks in Boston.

Melnea Cass closed her eyes in death on December 16, 1978. She was known for her selflessness, goodwill, common sense, humility and enthusiasm.